The Import Mechanism Of Python And Two Related Problems

How to solve No module named and Attempted relative import ?

This problem ever happened when executed with the command line, but the application can be executed smoothly with the Pycharm run button. The error is also very simple to debug, just check the show command line afterwards in the edit configuration item of Pycharm, and then execute the import sys; sys.path command. Compare the options in the command line,you will find the former has Added a module for /home/hzcortex/projects.... In other words, Python does not add the directory where the script executes the command to sys.path.

The solution is to add the following code in the directory where error happened:

There are two types of issues to discuss:

1 A circular reference does occur. A wants to reference B, B wants to reference C, and C also refers to a function in B. The normal solution at this point is to modify the reference order of the C files and put the import statement before the statement that needs to use the reference object (see 《Fluent Python》). I recently encountered this problem when developing [FBRank] (https://github.com/Allianzcortex/FBRank). The project structure is like :

Then there was such an error when executing the program:

Looking at the order of the calls from top to bottom, the github_url, connect_url variables are called from .utils.py in /exceptions.py, and NotSupprotedYetException is called from /exceptions.py when calling .utils.py. This will cycle through each other and will never solve the import issue. The solution is to load it only when you need to use the function:

Because Python’s reference mechanism does not reimport previously imported packages (use imp.reaload() if needed), so don’t worry about performance problem.

Take an example of a program push data from Kafka to ES that was previously written. The structure of the whole program is as follows 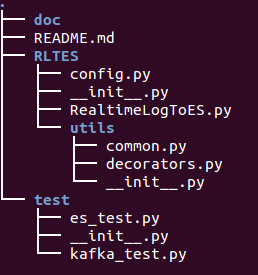 In the main program RealtimeLogToES.py there are the following references:

Go to the RLTES directory and execute python RealtimeLogToES.py directly in this case, then the above circular reference error will be reported.

There are two solutions:

2 Do not modify the code, return to the previous directory, cd .., and then execute python -m RLTES.RealtimeLogToES

When Python is relatively introduced, the basis for the judgment is the __name__ attribute of the current file. When you execute a file, the original __name__ attribute of the file is replaced by the fixed '__main__', so the relative introduction does not work, while the absolute introduction is fine. After adding -m to the command line, tell the Python interpreter to run this file as a script.

Why the problem happened

If there is sufficient time,I will try to explain it. Now you can read PEP302 to hava a straightforward impression.

How We Do Properly

The recommendation in PEP8 is to always use absolute references, but just like the annoying double underscore, there are a lot of people who prefer to use relative import.

The key is to Keep the team consistent. As for personal development, I prefer to use .import for single layer and absolute reference for others.

In the book “Two Scopes Of Django” **, it is stipulated that the use of the implicit import statement such as from A import a is forbidden, but considering that many times the script will not be specific to a large project but to create a directory on the server to complete a specific function or solve a temporary problem(don’t need to maintain), if this is convenient for debugging and deployment,it can also be a good choice,done is better than perfect after all.

The most important role of __init__.py is to mark the folder containing the __init__.py directory as a package to complete the corresponding import.

In most cases, there is no need to write anything in __init__.py. If you must write it, it basically has the following three functions:

Let me still take the example of [FBRank] (github.com/Allianzcortex/FBRank). Although you see that the command line tool is only supported in the README, it also provides the ability to import it in the code. for example:

But if you want to import a class, you only need to identify the corresponding package, which is very convenient for subsequent development. 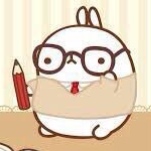